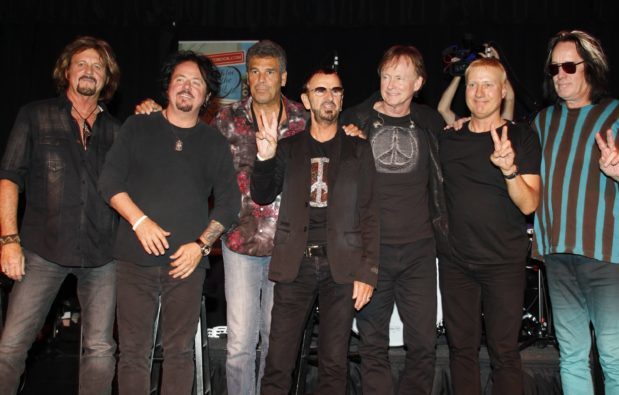 Zombies keyboardist Rod Argent turns 76 today (June 14th). He starred in his own band Argent and was in Ringo Starr’s All Starr Band.  The Zombies song “Time of the Season” almost didn’t get done Colin Blunstone, who had one foot out the studio door, really didn’t even want to sing it. Rod Argent notes that The Zombies knew they were breaking up when they recorded the classic Odessey and Oracle album in 1968. They managed to convince a label to release what for years would be their swan song, never thinking that a song from it called “Time of the Season” would end up a massive worldwide hit.

“I remember it being written very quickly and going into the recording studio. And by this time, in their minds, particularly [guitarist] Paul [Atkinson] and [singer] Colin [Blunstone] had left the band, really. And I remember teaching it to Colin and Colin getting very annoyed and a bit frustrated and he said, ‘You sing it.’ And I said, ‘No, no, come on, you sing it.’ And in the end he did and it worked beautifully. We did it with Geoff Emerick, who’d done a lot of work with The Beatles, and that was the only track on that album we did with Geoff Emerick. And it came out a year after we’d broken up, it spent about six months really taking off and then it just flew.”